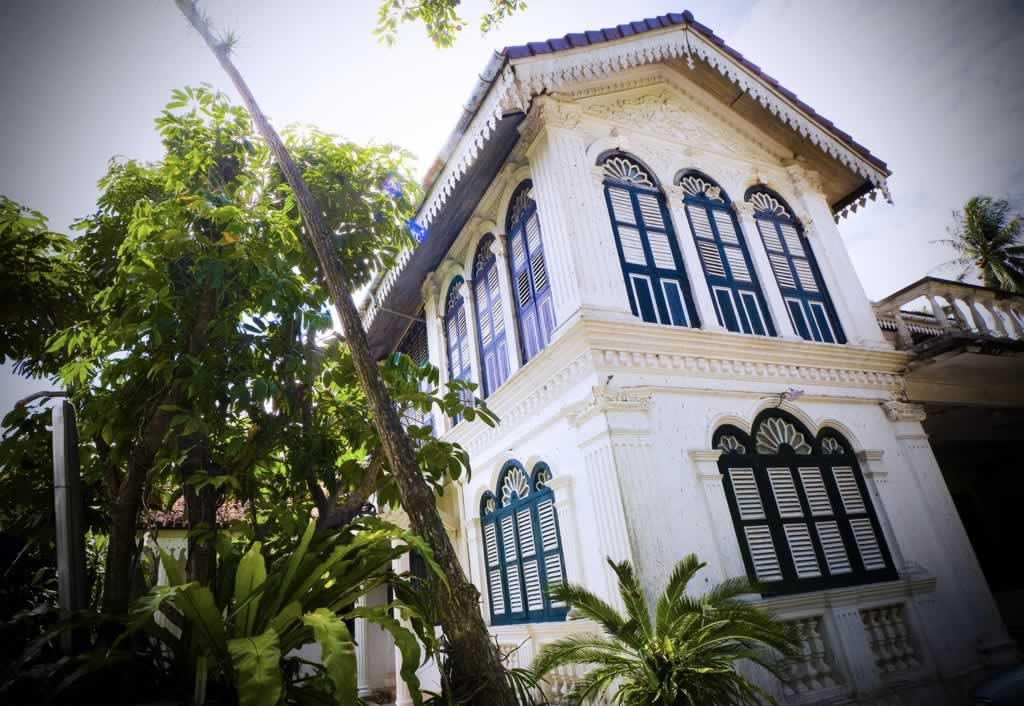 Baan Chinpracha (or Chinpracha house) is a stately home in Phuket that allows visitors entry. Located on the edge of Phuket’s old town, an area which is flourishing following recent gentrification, Baan Chinpracha was built in 1903 the colonial sino-portuguese style. It is one of several grand buildings constructed at a time when Chinese immigrants were making their fortune from Phuket’s natural resources, mostly rubber and tin.

The Chinpracha family, descendants of the original builder and owner Phra Pitak Chinpracha, still live in the house today but have devoted the ground floor into a public museum. Walking around the rooms and the inner courtyard is like stepping back in time, most rooms are set out as they would’ve been 100 years ago. Every room is filled with artifacts, photos, furniture and clothes collected by the family over the years. You can visit Baan Chinpracha independently or as part of a tour like our Phuket old town tour. One advantage of a tour is that you get an explanation of what’s in the house, making it more interested than just looking at unlabeled artifacts.

Also in the same area is the old governors mansion, now a posh restaurant called the Blue Elephant. Nearby is the the Thai Hua museum, another chance to step back into Phuket’s history.