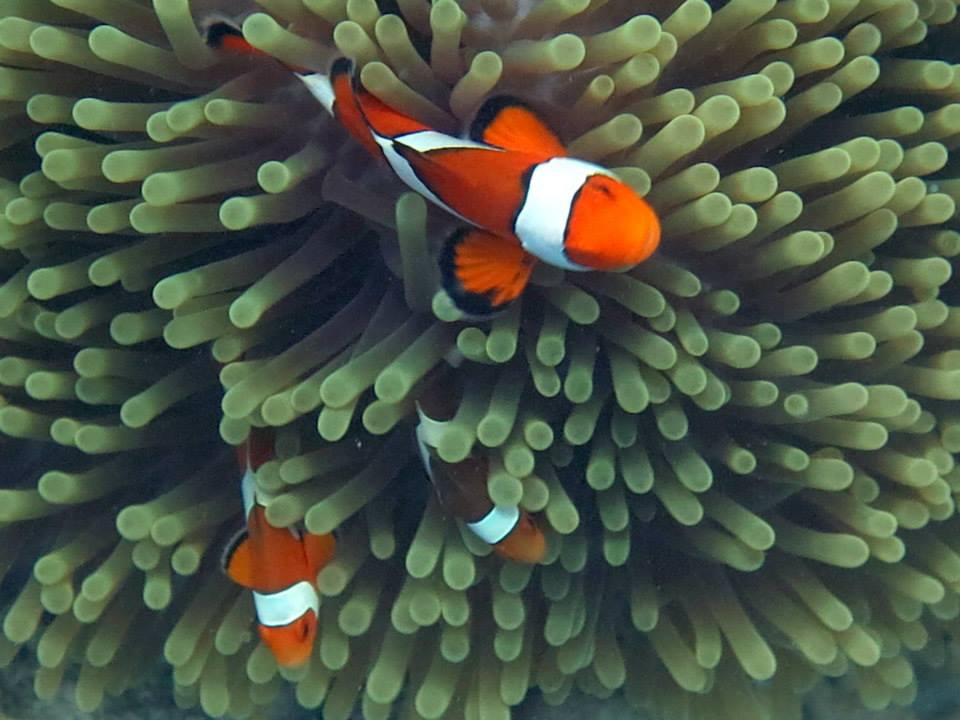 Did you know these Clown Fish facts

All Clown fish are born male and develop as females later in life. Clownfish groups are strictly hierarchical. At the top is a dominant female. Most anemones only have one adult couple  plus several smaller males. The couple are responsible for reproduction, the female only mates with the largest male who tolerates the smaller males in his territory. Should the sole female clownfish die the largest male will become a female and take over the top job. The next largest male then moves up to be the reproducing partner.

Clownfish or anemone fish are fishes from the subfamily Amphiprioninae in the family Pomacentridae. There are 30 known species spread around the Pacific and Indian oceans. Clownfish live in a symbiotic relationship with sea anemones located in shallow warm water reefs. They are one of only a few fish species that are not stung by anemone tentacles and can swim freely inside. Both anemone and anemone fish benefit from the relationship.

While clownfish can feed off the food scraps left by the anemone the fecal matter of the clown fish provides nutrients for the anemone. Clownfish also keep the anemone clean and healthy by eating left over food scraps and damages tentacles. Clownfish lay their eggs on flat ground close to the anemone. Female clownfish will lay 500-1000 eggs at a time which are then guarded by the father until they hatch about a week later. Most hatchings occur at night during a full or new moon when tides are strongest and there is a decreased chance of predation.

A lot is known about clownfish life cycles partly because they are so popular in tropical aquariums where they can be observed. Their popularity creates the risk of depletion from wild reefs through poaching for the marine ornamental trade.

Clownfish swim more in the wild than in aquariums where there is less pressure on them to search for food.

Get in touch with us

Book early to get your space. We cannot guarantee online bookings for day trips made less than 48 hours in advance, peak periods will book even earlier. Please check availability with us.