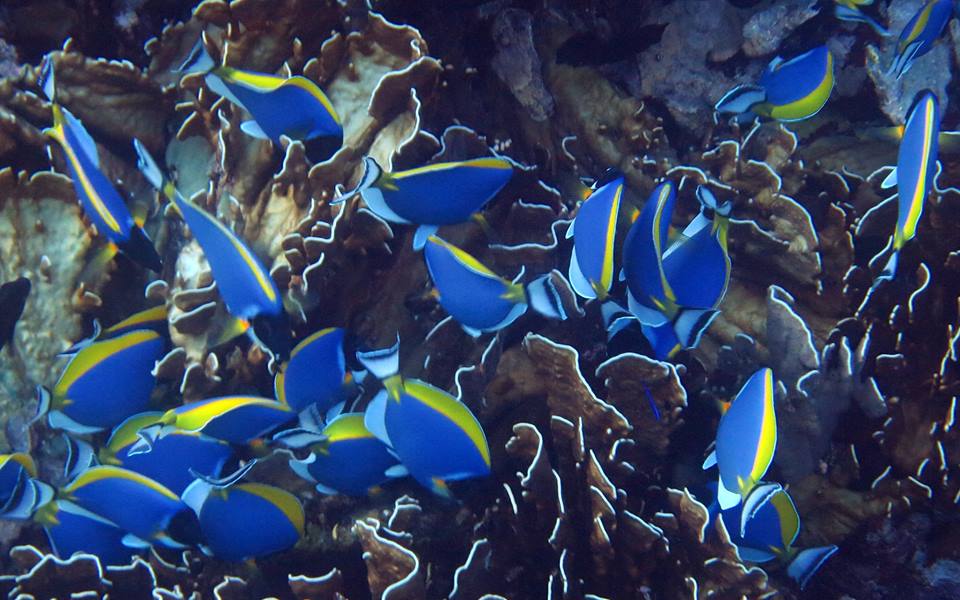 Back in 2003 when Pixar’s Finding Nemo hit the big screen we were often asked by our snorkeling guests where they could find Nemo on Thailand’s reefs. Well this summer Finding Nemo 2 will be released. The new film called Finding Dory will elevate Nemo’s friendly but forgetful co-star to the lead role.

Blue Tang will often try to hide in the branches of corals, particularly cauliflower coral (Pocillopora eydouxi) or Staghorn coral (Acropora cervicornis). Still, tangs are quite easy to photograph.

You can find Blue Tang’s on many hard coral reefs in Thailand including the Surin Islands, the Similan Islands and Koh Tachai. We recommend the Surin Islands if you want to find Dory and Nemo on the same reef.

Blue Tang’s are popular in aquariums although they are notoriously fragile. We hope that their new popularity will not see them all poached from our reefs.