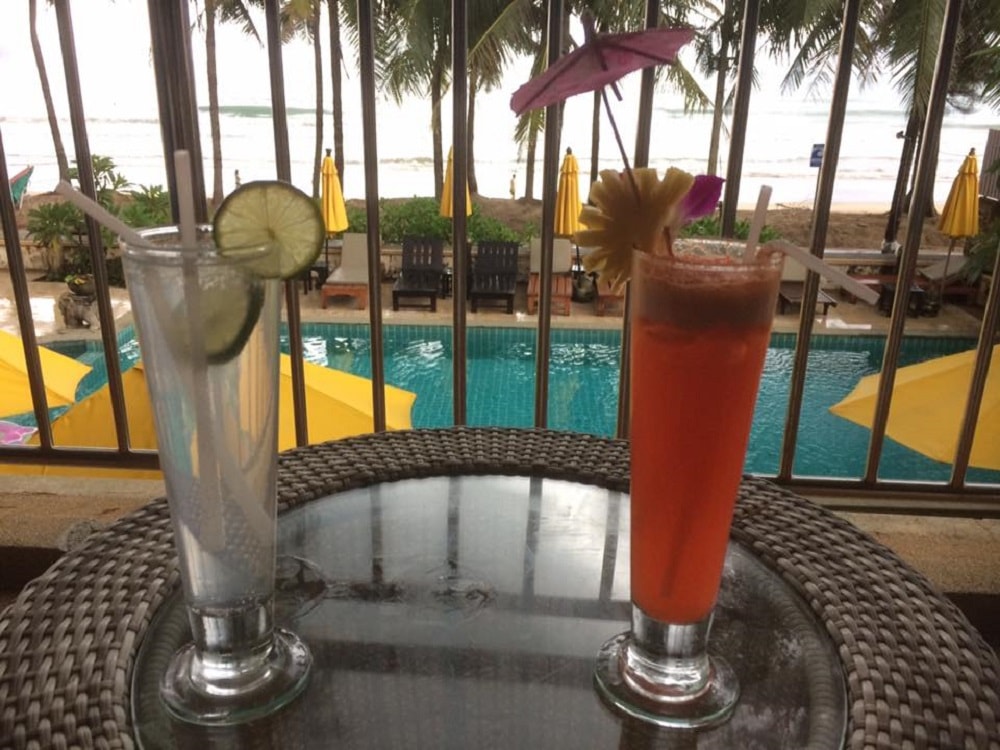 A hotel for families in Phuket

We can’t think of a better place to stay for a family of four than the Kamala Beach Front Apartments.

They are also ideal for a small group or two couples.

The two bedroom deluxe sea view rooms are massive. They have two bedrooms, both with private en-suite bathrooms. They have a huge lounge / dinner area with a fully fitted kitchen. They have a large balcony that everyone can fit on at the same time.

The building is on two levels with ground floor rooms opening directly to the pool and upper floor rooms with the better view out over the sea.

The hotel location is perfect, there are beach side restaurants just in front. The hotel bar next to the beach sells beers and cocktails. About a 200 metre walk behind the hotel will get you to Kamala’s Friday night market, which also operates on Mondays 🙂 . There is only one problem with Kamala Beachfront apartments. It’s always full because people return year after year and book well in advance. So if you are coming in high season book early. In low season you can get a room more easily and the prices are a bargain.

In general we really like Kamala beach. It’s quieter than Patong, Karon or Kata beaches but still has plenty of options for eats and drinks. Everywhere is within walking distance and if you fancy a night out in Patong a 15 minute tuk-tuk ride costs about 500 baht. The airport is about 30 minutes drive away. Next to Kamala Beachfront Apartments is the Maphrao Resort. It’s cheaper and the rooms are clean but it doesn’t have a pool, or sea view rooms.

If you are looking for a budget hotel option in Kamala we have in the past spent a night at the Siam Guesthouse on Rim Hat road. The rooms are large (they also have family rooms with two big beds). Rooms on the road side have balconies looking out to sea over the klong. Prices are about 600-1,000 baht per night depending on season and which room you choose.

We’re not sure about pre-booking this hotel unless you can call and book in Thai. This is a walk in kind of place, the old couple who own it sit downstairs with their ledger and a pencil.