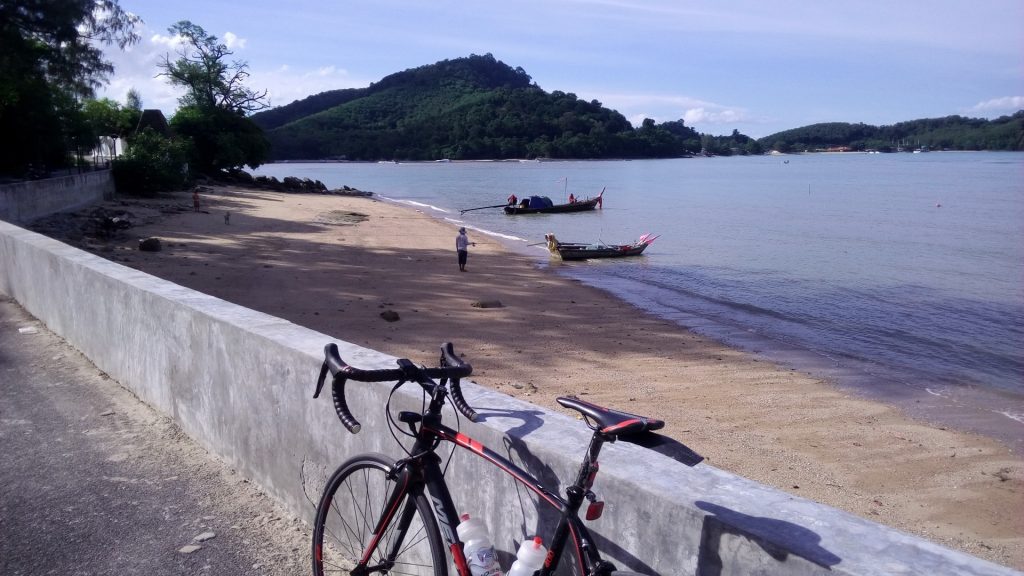 A small island attached to Phuket town by a bridge

Koh Sirey (or Ko Sire) is a tiny island off the east coast of Phuket. Actually it feels more like a part of Phuket because it’s attached by a bridge from Phuket Town. It’s the second most populous island in Phuket province, after Koh Phuket. Koh Sirey land area is about 20 square kilomentres. It’s largely untouched by tourism although some day trip boats to Phi Phi and Koh Khai depart form Koh Sirey. The Westin Sirey Bay resort is also on Koh Sirey. A few large villas have been built. They stand in contrast the Chao Lay (sea gypsy) community that also has a home there, in the Laem Tukkae area.

We wouldn’t recommend spending your whole holiday on Sirey but it’s worth taking a trip out to there and driving or biking around the road that loops the island. There are some viewpoints and some places to sit by the sea. There is a temple with a reclining Buddha statue. Koh Sirey also has some decent seafood restaurants.

At the entrance to the channel between Phuket and Sirey is Rassada port, the port for ferries to Phi Phi, Krabi and Koh Lanta). Further in the channel are Phuket’s shipyards and berths for fishing boats.

After you cross the bridge onto Sirey Island look out for the monkey feeding station. An platform has been built next to the road where long tailed macaques come out of the mangroves because they are fed bananas and nuts (available for sale there).