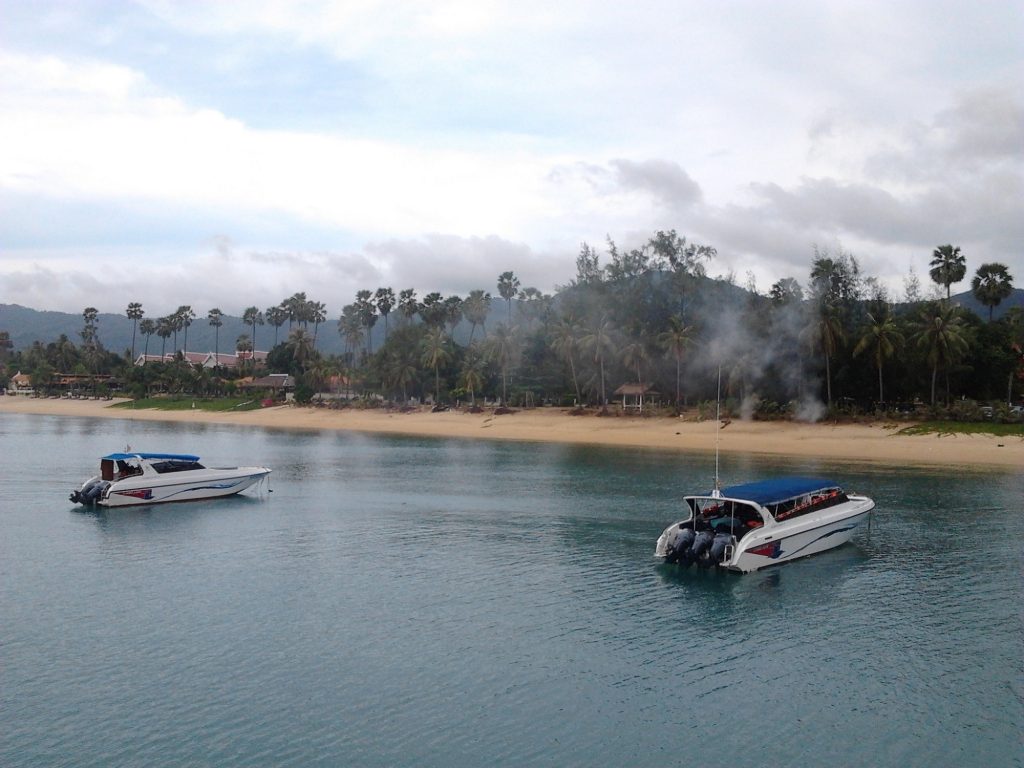 The longest beach on Koh Samui

Maenam beach sits in between Bophut beach to the east and Bang Po to the west.  It’s on the north coast and from the beach you can see Koh Phangan 10 km away. Lomprayah ferries to Koh Phangan and Koh Tao depart from Maenam pier.

Maenam has over 7 km’s of soft golden sandy beach lapped by clear calm blue green sea. It’s the longest beach on the island. The beach is surrounded by coconuts trees. Scattered along its beaten track are some cheap bungalows for backpackers. There are also several resorts catering to the higher end of the tourist market. But it’s a much quieter area than Lamai or Chaweng.

There really isn’t much to do in Maenam except chill out although on a Thursday night tourists and locals alike congregate at the old Chinese temple for the walking street market. You can also buy T-shirts, souvenirs, arts and craft. Close to Maenam pier you’ll find a stage for local musicians who entertain the crowds