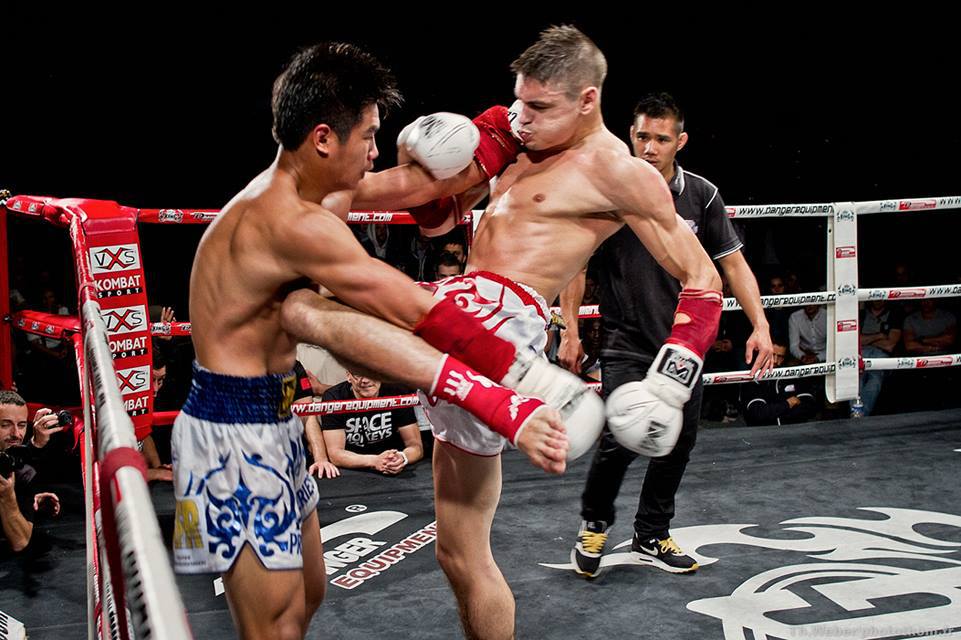 The national sport of Thailand

Muay Thai or kick boxing is one of the purest forms of martial art. It’s as exhilarating as it is brutal.

Muay Thai dates back to ancient times; it was under the rule of King Chulalongkorn (Rama V) in the 1800’s that it flourished. Rama V is said to have had a very strong affection for the sport, and he wanted everyone who could physically learn the craft to become masters of it. The King thought it would be good for his subjects to enjoy such rigorous exercise, whilst at the same time learning to defend themselves. Muay Thai also teaches respect for others, personal advancement and discipline. Muay Thai camps sprang up throughout the country, where students could stay and learn the art form. Students were all treated equally regardless of class or standing in life. They were all treated like one big family, and they would usually adopt the training camp’s name as their own.

Not for the faint hearted There are two boxing stadiums in Chaweng beach Samui, the Chaweng beach stadium and  Petchbuncha near Laem Din market. There is a stadium in Patong beach, Phuket as well as in Phuket Town. In these beach towns you’ll soon find out when bouts are scheduled because pick up trucks with loud speakers will drive around town announcing the fights.

Lumpinee Boxing Stadium in Bangkok is the premier stadium in the country.

The atmosphere inside the stadiums is electric, there is a live commentator and of course all the traditional Thai music. Both Thai and foreign fighters compete in the ring, and the fights can become very aggressive.

Like many full contact sports, Muay Thai is very much focused the conditioning of the body, you need to be super fit to last in the ring.

Muay Thai fighters rely heavily on kicks utilizing the shin bone. These guys really are hard as nails and will repeatedly hit a dense heavy bag with their shins, conditioning it, hardening the bone through a process called cortical remodeling.