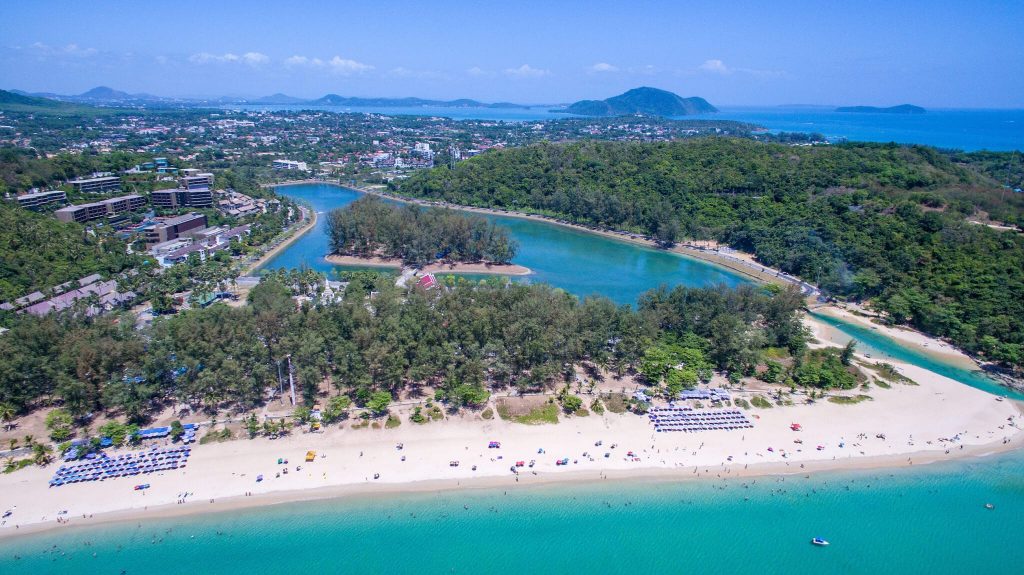 One of Phuket’s best beaches

Nai harn beach is one of the best beaches in south Phuket. It’s quieter than Patong and Kata beaches. It’s popular with discerning tourists as well as long term expats who have made their homes in the Rawai / Naiharn area.

The bay is a popular anchorage for sailing yachts in high season and it’s nice to sit on the beach and watch their masts sway from side to side. At certain times of year it’s a popular windsurfing beach. At other times paramotors take off from the headland near the wind turbine and land on Nai harn beach.

Nai harn is a great swimming beach in high season when the sea is flat. In low season watch for rip currents, that applies to all west coast beaches from May to October.

If you are staying at a resort in Rawai beach then Nai harn is probably where you will come to because the beach at Rawai is no good for swimming.

If you’re staying in Kata beach and fancy a change of view then a visit to Nai harn is well worth a day out. The road over the headland is a fun drive with spectacular sea views, watch out for elephants along the way.

With a kayak you can get from Nai harn beach to Koh Man, the small island that you can see to the left as you look out to sea. It’s a good place for snorkeling.

Follow the road through “The Naiharn” (previously called the Royal Meridian Yacht Club resort) and you will reach Ao Sane. Another excellent bay for snorkeling from shore. You can find plenty of beach restaurants behind the beach at Nai harn. They are good places escape the midday sun and enjoy lunch. Beach vendors also walk up and down selling ice creams and drinks. Other vendors sell sunglasses, sarongs or souvenirs like wood carvings. No one will hassle you though, it’s not like Indonesia.

Behind the restaurants, there is a large Buddhist temple which you can visit if you like, but please don’t go in wearing beach clothes, cover up first.

The lake behind Nai harn beach has become a popular place for locals to exercise in the evening, by walking or running around.

Late in the day after you leave the beach you could head up to Phromthep cape and join the coach loads of tourists for sunset.

Heading south from Nai harn the next beach is Ya Nui,  north is Kata Noi.