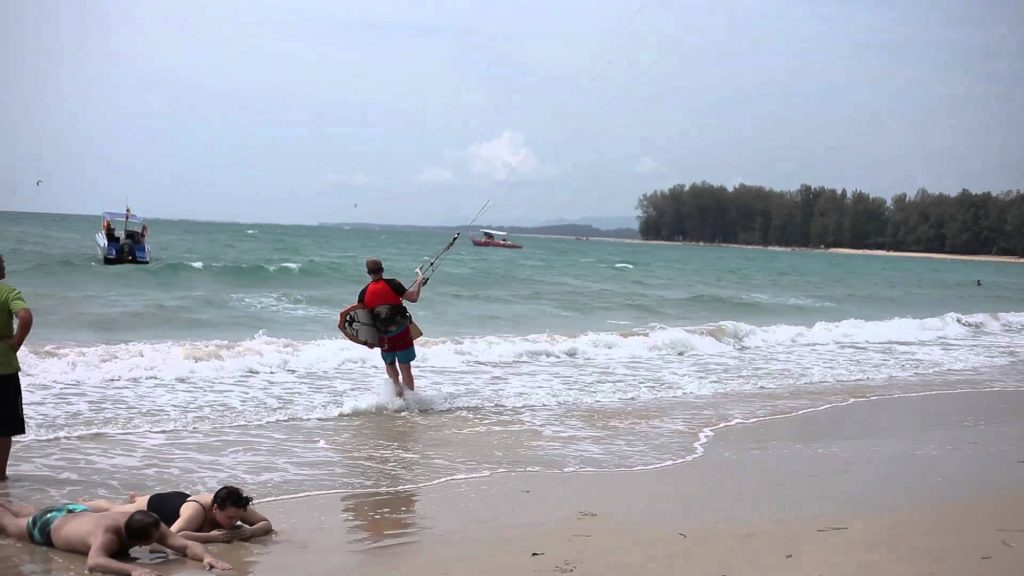 The beaches on Phuket’s west coast are the best. Patong is the main tourist beach and any beach north or south of Patong is quieter. The beaches north of Patong are less developed than the beaches south. Nai Yang beach is quite far north, it was once deserted, now it has enough development to be a nice place to stay without feeling crowded. It’s reminiscent of Kata beach ten years ago (Kata is now more developed but is still a better bay to swim at).

Nai Yang has a more chilled out vibe than other beaches. NaiYang is reggae bar where as Mai Khao is resort restaurant and Surin is beach club chic.

It’s a long beach just south of Phuket airport. It’s proximity to the airport has made it a popular place to stay for just one night after flying in to or flying out of Phuket. But these travelers usually stay away from the beach so the beach itself is always pretty empty. The beach is also part of Sirinat National park which affords it some protection from development.

A couple of popular resorts in Nai Yang are the original Nai Yang Beach Resort and the newer Dewa resort. There are also lots of cheap guesthouses.

In a recent purge by local authorities a lot of restaurants that were encroaching on the beach have been removed, but you can still find plenty of places to eat. Plus plenty of street side food vendors whether you want to eat somtam, bbq skewers, grilled chicken, pancakes, fruit shakes etc. Local fishermen still work on Nai Yang beach, they fish by long tail boat on the outer reef. You can see them mending their nets or drying fish.

Nai Yang beach is a turtle nesting ground. If you see a turtle laying eggs in the sand at night please do not disturb it but instead report it to your hotel who will inform the Phuket Marine Biological centre.

If the sea is calm (best months are late Jan to April) it is possible to scuba dive from Nai Yang beach. There are a couple of local dive centres. They can also show you the best place to snorkel.

The next beach north of Naiyang is Mai Khao, to the south is Nai Thon.