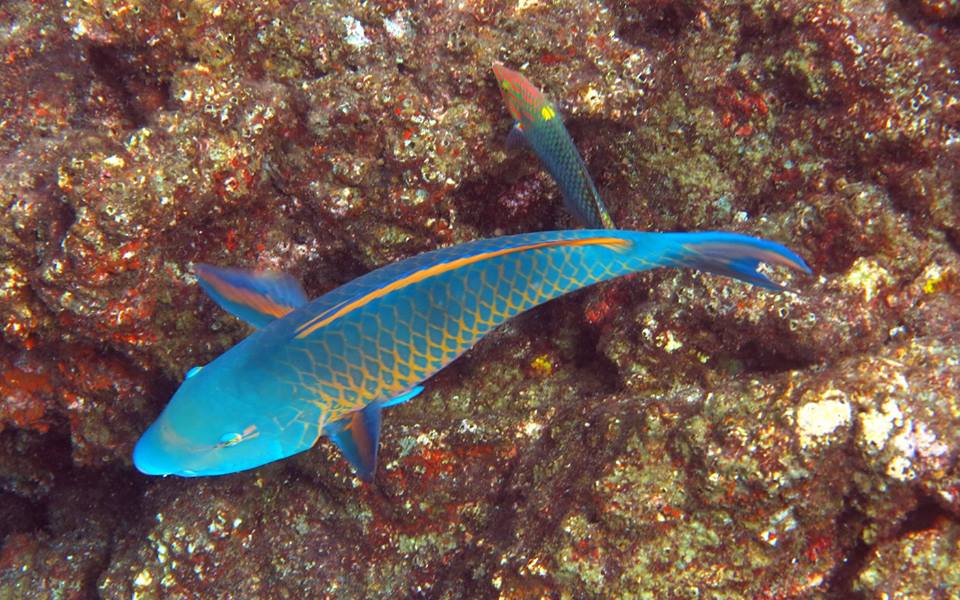 Some fishy facts about Parrot fish

Parrot fish are a tropical reef fish species, a close relative to the wrasse. They are a very common fish on Thai reefs, you will almost certainly see them while snorkeling in Thailand.

These colourful fish have some pretty amazing characteristics and are beautiful to look at. There are several different species of parrot fish in Thailand and they can grow to over a metre long although most are less than half that
length.

Parrot fish change colour as they age and males and females of the same species can also be different colours. Parrot fish can also change gender. Male parrot fish typically have a harem of females in tow but if the male dies a female will change sex and take over as the dominant male. The average lifespan of a parrot fish in the wild is 7 years.

A parrot fish eats mainly algae which it scrapes off coral with it’s beak like mouth. In doing this the parrot fish rips up clunks of hard coral reef and grinds it down with it’s teeth. You can hear parrot fish destroying the reef as you snorkel and you can watch them excrete the
undigested coral as fine sand while they swim along. The sandy beach that you sit on it Thailand is partly made up of parrot fish excretions. A parrot fish’s teeth never stop growing as they are continuously ground down by munching on coral. Whilst seemingly a destructive eater the parrot fish is considered important to the reef eco-system as they prevent algae building up and suffocating reefs.

At night parrot fish coat their bodies in a clear mucous cocoon. If you dive on a reef at night you will see them completely still in the coral seemingly fearless of attack by night predators like moray eels and sharks. It is thought that this transparent shield hides their scent.

Parrot fish meat is edible and you can often see parrotfish sold in Thai fresh markets. They are rarely seen in aquariums because their feeding habits make them unsuitable.