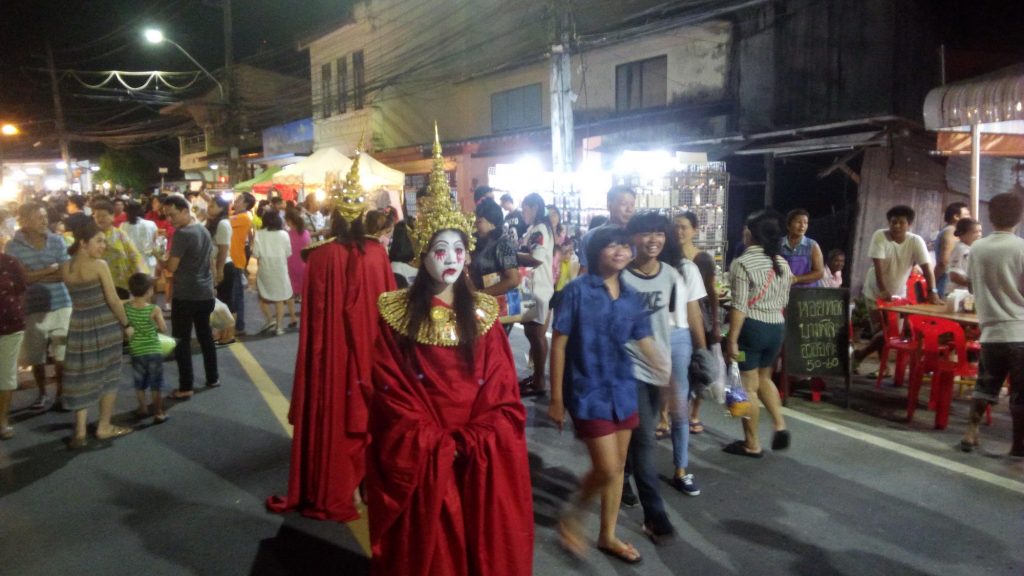 The annual Kathu cultural festival has just been held from 18-20 July in Kathu old town, Phuket.

It’s an important festival for Phuketians and a great place to see local Phuket culture and to try food from the region.

This year the event upped it’s game with more street performances and some historical displays. There were all the usual street food options that you can find at any Thai night market. But we also saw some foods that were particular to Phuket, as well as more alternative health food options that we haven’t seen in previous years. The great about street food like this is that it’s all so cheap, so you can try a bit of everything. This area of Phuket was the heart of the tin mining industry and there were demonstrations of the panning technique which you could also try for yourself. There was also a replica of a traditional birthing hut which is still used in parts of Thailand. Phuket actually has lots of these types of events. That’s because Phuket (which is a province in it’s own right) has such a rich local culture. Keyboard warriors on the internet may criticize Phuket as being a tourist trap, but the fact is that you are more likely to meet and socialize with local Thai people in Phuket than you are in other tourist destinations.

The Kathu cultural festival is timed to run in conjunction with two important Thai public holidays, which fall around the full moon on the eighth month of the lunar calendar.

Asalha Bucha (วันอาสาฬหบูชา) marks the birth of Buddhism, the day when the Lord Buddha gave his first sermon.

The start of Buddhist Lent falls on the day after Asalha Bucha. It’s called Kao Phansa in Thai and marks the start of a three month period during which Buddhist monks remain within their temple or surrounding area and concentrate on study and meditation. It is a time when young men will become ordained as monks and when Thai people reaffirm their faith with merit making and donations.