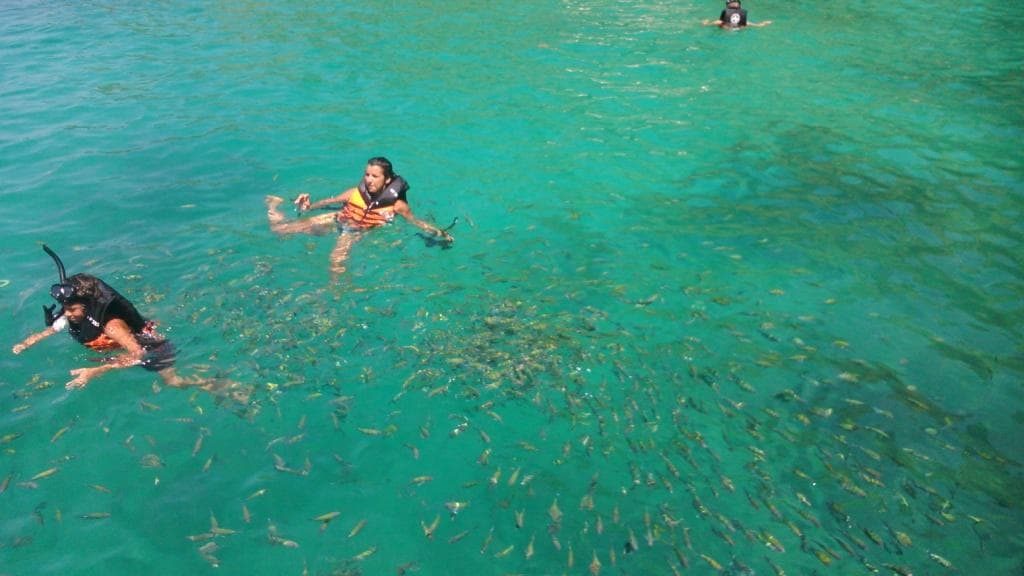 Where to snorkel in Phuket in the low season

We are now calling the Phuket low season the Phuket summer season because it sounds a bit less rainy than low season 🙂 Some people call it the green season. Either way from now until October we will be inundated with questions asking what will the weather be like when I’m here?  Can I still go snorkeling? Will I see anything?

The answers are that we don’t know what the weather will be like, it might rain, it might not. Yes you can still go snorkeling. Yes you will see stuff, just as much as in high season.

Beach snorkeling from Phuket’s west coast beaches is out of the question from May to November because the surf is up. We are now moving into the SW monsoon (weather) season when the wind from the south west brings waves to the beaches.

Also not an option is the Similan and Surin Islands because the national parks are closed.

So the best day trips for snorkeling from Phuket from May to November are to Racha Yai Island and Phi Phi Islands. Both islands still have good snorkeling at this time of year, in fact Racha Yai is better in the summer months.

Racha Yai is just 30 minutes by speedboat from Phuket. The beaches are beautiful and water is clear.