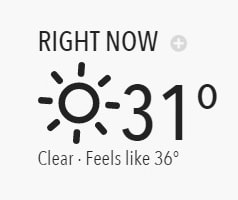 January is usually a great month for snorkeling Phuket and Khao Lak or anywhere else along Thailand’s Andaman sea west coast (Phi Phi, Lanta, Krabi, Lipe). The weather should get better and better towards the latter part of the month. It’s a dry month with a slight breeze from the south west. Seas should be flat, the temperature is hot and dry with hardly a cloud in the sky. Tourist areas are busy and boats are full.

February is the driest month of the year and the temperature is beginning to heat up. There is little wind and seas should be flat. It’s another excellent snorkeling month in the Andaman sea, a good time to see manta rays and whale sharks. It’s another busy month in tourist resort areas like Phuket, Krabi and Khao Lak. Book your resort and tours early to avoid dissapointment.

By March it’s really starting to get hot on Thailand’s west coast. There is still very little rain or wind, it’s a good month to escape the heat on a boat. By late March it starts to get humid and feels much hotter than the thermometer reads. Manta rays and whale sharks are around (normally at Koh Bon, Koh Tachai, Richelieu Rock and Hin Daeng). A great month to snorkel.

April is normally hot and dry in the early part of the month and hot and wet in the later part of the month as the season on the Andaman sea side of Thailand begins to change from the south west monsoon to the north east monsoon. This signals the start of the low season in terms of tourist arrivals and diving. When the rain comes it is a relief from the heat. Sudden tropical downpours are possible, usually in the evenings.

The Thai New Year (Songkran) on the 13th of April signals the change in the season and is celebrated with a water throwing festivities all over the country. After Songkran wind and rain is possible at any time. Liveaboard snorkeling and dive boats run until the end of the month or possibly into early May, speed boat tours to the Similan Islands also stop as May approaches. April is still an excellent month to be here.

If you come snorkeling to Phuket in May you might get wet 🙂 . May is one of the wettest months of the year. What that really means is heavy tropical storms of short duration and overcast skies. It’s still warm, the sun still has power through the clouds. The wind starts to come from the north east bringing some waves to Thailand’s west coast beaches making snorkeling from the beach impossible in most places. May to late October is better for surfing than snorkeling from the beach.

The Similan and Surin Islands National Marine Parks close in May for the off season and most resort areas like Khao Lak and Krabi are very quiet, tourist numbers drop significantly. Phuket is more of a year round destination and day trips still depart every day to Phi Phi and Racha Yai Islands. The big advantage of taking day trips at this time of year is that the boats are less busy and there are fewer boats around.

June is usually a wet month in Phuket. Normally we get sunny days with heavy but short lived rain showers in the evening. However it is possible to have a week of constant rain. Snorkeling day trips from Phuket run every day to Racha Yai, Phi Phi Islands, Coral Island and the Kai Islands but trips are weather permitting. The dive boats also run daily. If the weather is ok the snorkeling is as good as the high season, in fact at Racha Yai island it’s better as the boats go to the east coast which has the nicer reefs. June is a good month for visiting waterfalls.

July is a normally a great snorkeling and diving month. Really it is! When we tell people that July is a good month they never believe us but it usually is. The sea is usually clear, sharks are common, there are few other tourists to get in your way. It might rain but who cares, you’re gonna get wet anyway. The best places to snorkel are the Phi Phi Islands and Racha Yai.

Rain in Phuket is possible at any time in August but the probability is sunny days with evening storms. Low pressure weather systems usually last 2 or 3 days. Temperatures are cooler with a westerly sea breeze. It is possible to have a week of terrible weather, if you come to Phuket in the summer months you roll the dice weather wise. The pay off is that Phuket hotels are cheaper and the day tours are much less crowded with other tourists, Maya bay in Phi Phi, for example, is better in low season when the hordes of packages tourists aren’t there.

September is statistically Phuket’s wettest month so if you are worried about getting rained on while on holiday you should avoid September. For snorkeling day trips in September the best plan is to wait until you are here and check the short term weather forecast before you book, it is not necessary to book day trips months in advance, there will always be space available at this time of year.

October in Phuket is usually wet in the first half of the month, getting better as the month progresses as the monsoon season changes again to the north east. Liveaboard boats may start going to the Similan islands in the last week of October. These can be lovely trips to be on before the high season really kicks in and the crowds arrive. All the liveaboard boats are shiny and new after their low season ship yard refurbishments. Rain showers and wind are still possible in late October and into November.

Bright sunshine and clear skies are the norm with a descent breeze blowing from the east keeping temperatures very pleasant. The wind normally blows in the mornings and subsides by early afternoon. Evening rain showers are still quite common in November.

December on Thailand’s west coast  is usually perfect for relaxing on the beach, with very little chance of rain and nice sunny days that don’t feel too hot. It’s a busy month in all tourist areas and on the snorkeling tour boats especially around the holiday periods of Christmas and New Year. Manta rays are often seen in December at Koh Bon, Koh Tachai, Hin Daeng or Racha Noi. The wind can still blow in December and the sea can be a little choppy in the mornings (the wind drops off by mid January).