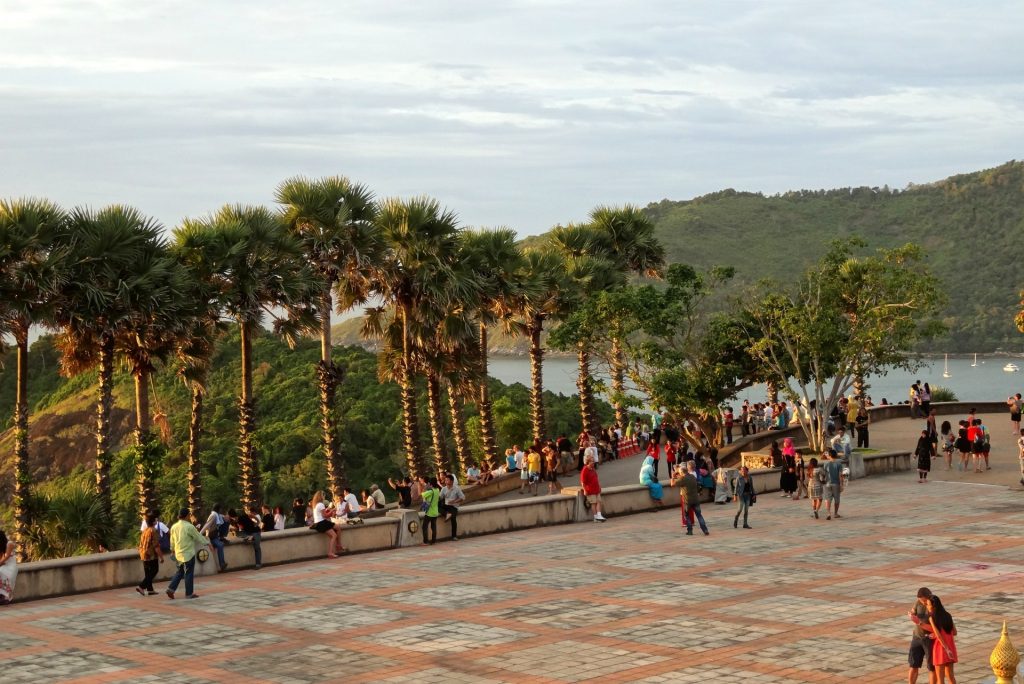 Promthep Cape is Phuket’s most popular viewpoint for watching the sunset. That means if you head up there from 5-7 pm most evenings you will be there with bus loads of other tourists. That will put some people off but it shouldn’t, Promthep cape is a cool place. It’s located just south of Nai harn on the southwest coast of Phuket, and just north of Rawai and Ya Nui beach. The drive from Kata over the headland is a picturesque one and can make a nice afternoon excursion if you have a hire car or bike.

The Promthep viewpoint area is big so there is plenty of space for all the selfie taking tourists to mingle.

At the top of the steps there is a small lighthouse that you can look around inside. From the top you can also see over to the east coast of Phuket and Chalong bay.

There is also a Buddhist shrine full of elephant ornaments.

There are some telescopes that you can insert 10 baht into to spy distant ships at sea.

Down at the car park across the street there are lots of souvenir shops, all selling pretty much the same things.

A hundred metres or so along from the car, towards Nai harn, is a wind turbine. At certain times of the year when the thermals are right a group of para-motor enthusiasts throw themselves off the mountain here. They land on Nai harn beach.

All in all Promthep cape is well worth a visit. Of course you don’t have to go up at sunset, early morning would also be good, before the heat builds.