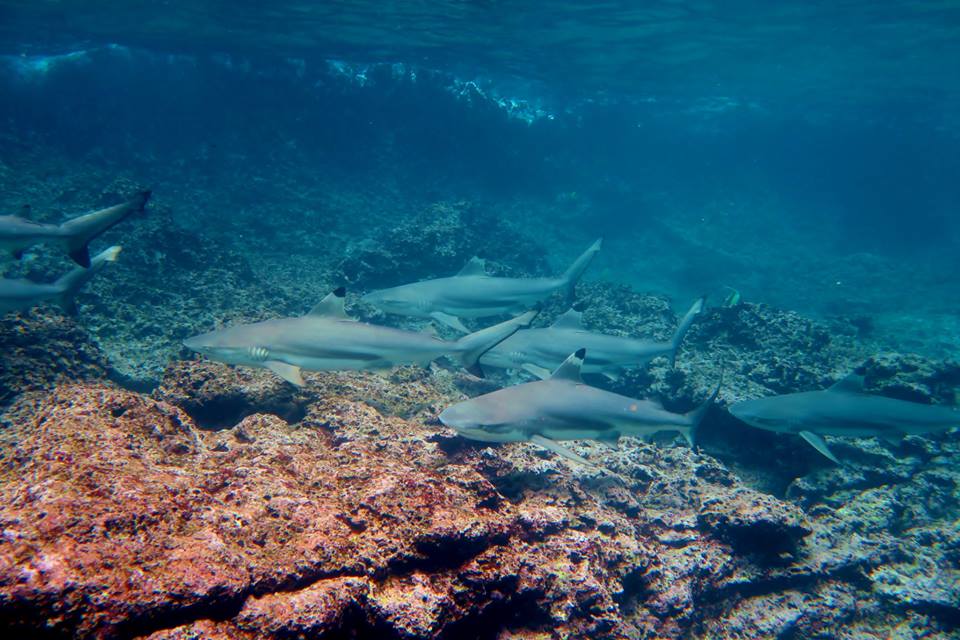 I found this video YouTube of Lars Bindholt snorkeling with black tip reef sharks at Phi Phi and I thought it was worth sharing.

I believe that the video is filmed at the small rock just off Long beach on Phi Phi Don. If you are staying at Phi Phi you can go snorkeling there independently or with a cheap early morning tour by long tail boat that can be booked locally. The day trips from Phuket and Krabi do not visit this beach although there are other areas around Phi Phi Ley that offer similar experiences.

Snorkelers in Phi Phi have a much better chance of getting close to (harmless) black tip sharks than scuba divers who scare the sharks with their noisy bubbles. On many occasions I’ve been happily observing sharks outside Maya bay at Phi Phi Ley Island only for them to vanish as soon as divers turn up. Notice from the video that the water Lars is snorkeling in is shallow, no more than 5 metres, and that the sea bed is dead broken coral. This is typical of the very shallow areas and many people would just fin over the area briefly and write it off as barren. But with some patience the sharks will come to you.  Stay still any wait for the sharks. Once they arrive you can view them from the surface or  even better, swim down and view them at their level.

Lars also makes a point on his website that in 2012 the sharks were absent but they were back again in 2013. We had the same experience, not just with black tips but with other species as well, including whale shark sightings. In 2012 the waters were significantly warmer and in 2013-4 they were much cooler and we saw all the bigger fish again.

Lars also points out correctly that shark populations in Thailand and worldwide are under threat. The causes are many but over fishing is the main culprit. Everyone can help by not buying any shark products or eating in restaurants that serve shark fin soup.