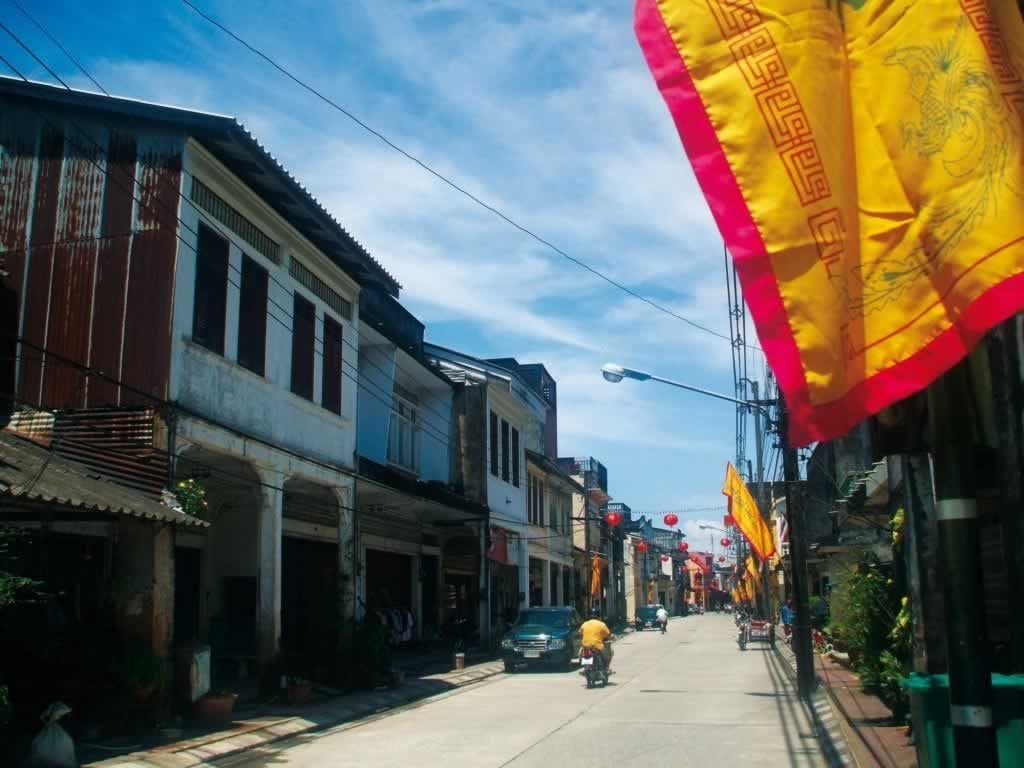 Takuapa (ตะกั่วป่า) is a district of Phang Nga province. The main town is about 30 minutes drive north of Khao Lak (2 hours north of Phuket).

The new town is a bustling commercial town without too much to interest tourists. The old town is more interesting.

Records of Takuapa date back to the 13th century but the town really came to prominence in the early 20th century as a trading port. It had several names and was considered the best natural port on the west coast of Thailand by early south Indian Tamils on their way to or from the Malay kingdom.

The Thai word Takua which means lead and the area is rich in mineral deposits, although not lead but tin. Rivers in the area were dredged for tin throughout the 20th century but now rubber farming is the bigger industry. Takuapa old town is about 10 km away from the new town. It’s small and overlooked by most tourists. For many that is it’s charm.

It has the same Sino-Portuguese architecture that you can see in Phuket Old Town or Penang but it hasn’t been gentrified yet. It’s a nice place to stroll around, take a few photos, drink some old style coffee, eat moon cakes. Sunday afternoon is a good day to visit because there is a local market.

If you don’t have your own transport we have half day and full day tours available from Khao Lak.