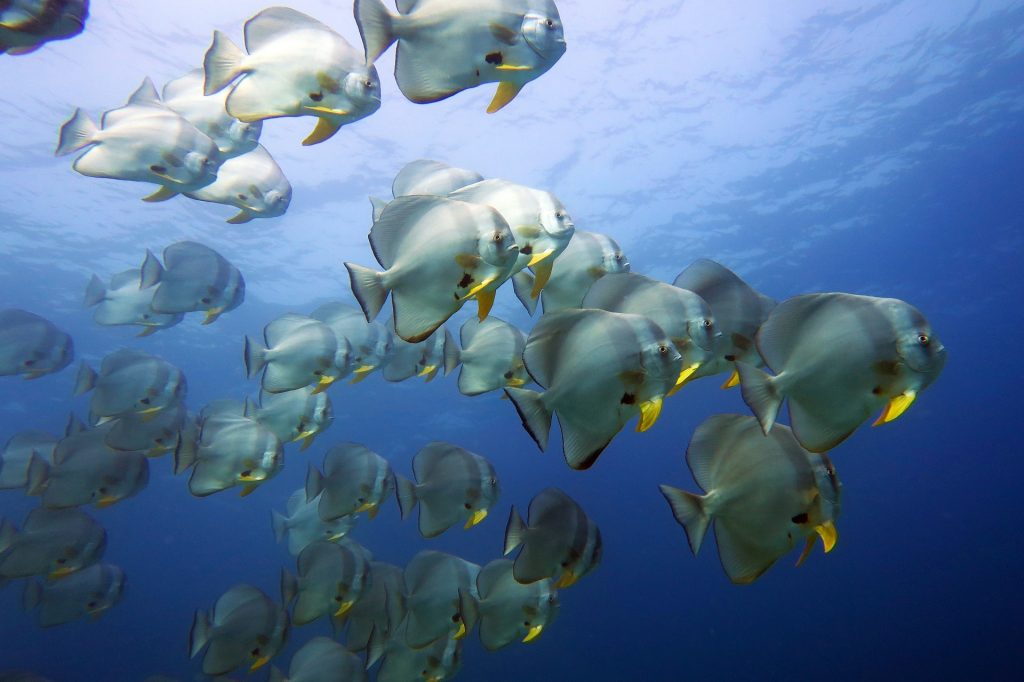 Why do fish school together?

Safety and strength in numbers

The main reason why fish school is for protection from predators. The tight group that moves in unison makes it difficult for predators to pick off single fish. The group confuses the predator, seemingly blending to one mass.

There are also other reasons why fish school together. Not all fish species do it. Some fish spend their entire lives in schools, others only do it at certain times. It has been shown for example that schooling fish can forage better for food and on average grow to a larger size than a solitary fish of the same species.

Schooling fish are also more efficient swimmers as each fish drafts another. So schooling fish can swim longer distances with less effort.

What’s the difference between a school of fish and a shoal?

A shoal is a loose collection of fish swimming together in close proximity to each other. A school is more coordinated, with synchronized movement.

How do fish school?

Its in the genes, not a learned behavior. So say the scientists. It’s similar to how humans are social and tend to form groups. But how fish actually manage the feat of swimming in schools without constantly crashing in to each other isn’t really known. Schooling fish need an incredible sense of their surroundings to react to changes quickly. It is thought to be down to the lateral line, the sensory structure in fish that can sense vibrations in the water.

Fish generally prefer to school or shoal with the same species of fish, a different looking fish would present a target to predators. Fish in schools are usually pretty uniform in size for the same reason.